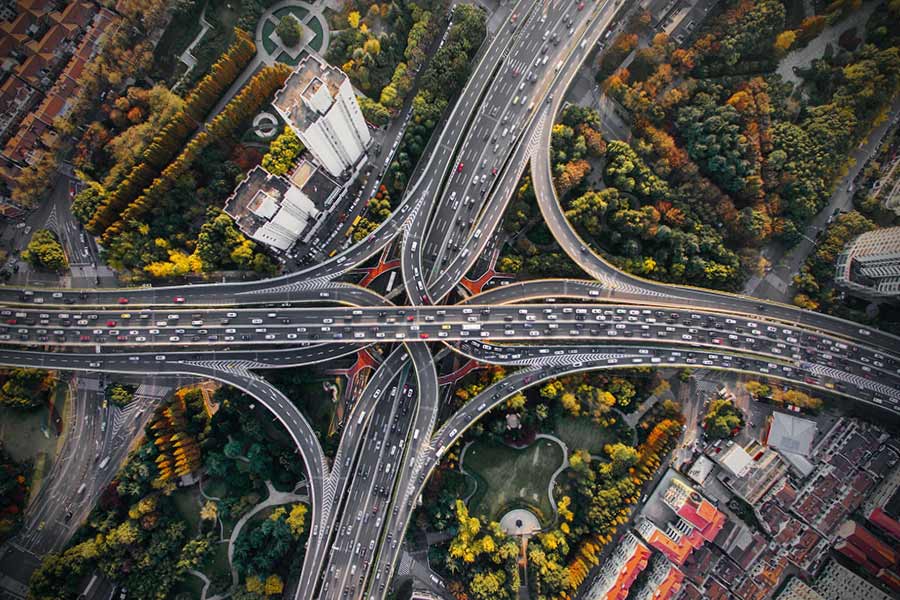 While people still argue about climate change, we cannot deny the impact of humans on our environment: overpopulation, excessive industrialization, increasing pollution, and deforestation. Simply put, humanity now, for the first time in history, consumes more than the Earth can produce. This creates a preoccupying precedent, not for the planet itself - she will survive - but for us and the living creatures around us. Though general awareness is rising, little is done by the people who have the power to change things on a global scale. So it is up to us, the local actors, to show the way. When I realized this, I also recognized that the time had come to offset the carbon footprint of my most polluting work: myNoise.net.

myNoise is a negligible player on the Internet. Thus, offsetting its carbon footprint may be seen as a mere drop in the ocean of CO2 produced by search engines, social networks, and streaming companies. But at least it sends a message: if a small website - and one that relies on donations to grow - can afford to compensate for the pollution caused by its traffic, then maybe others will follow. This is the lever effect that I want to achieve through myNoise: create new user demand for a 🌱 cleaner Internet.

I will be grateful to you if you ever decide to help me in offsetting the footprint of myNoise. But I will be even more grateful if you start expecting and requesting that other websites offset their footprints as well. This is probably how myNoise can achieve the biggest impact, but only with the help of its audience and patrons. Thank you!

The Mass of a Megabyte

When I first started thinking about the carbon footprint of myNoise, it was clear that the major impact would be the website traffic itself. I do take the plane to travel and record sounds a couple of times a year, and I do work on a powerful computer that functions almost all day long. But the impact is negligible compared to the millions of pageviews that myNoise.net attracts each month, especially with pages that load a significant amount of audio data. The website tries to be efficient: sounds are not streamed but locally generated on your computer. Therefore, it doesn’t take more bandwidth whether you listen to a myNoise generator for one minute or for one day [1] 🌱 Combatting carbon emissions starts with good practices. But these are not enough. 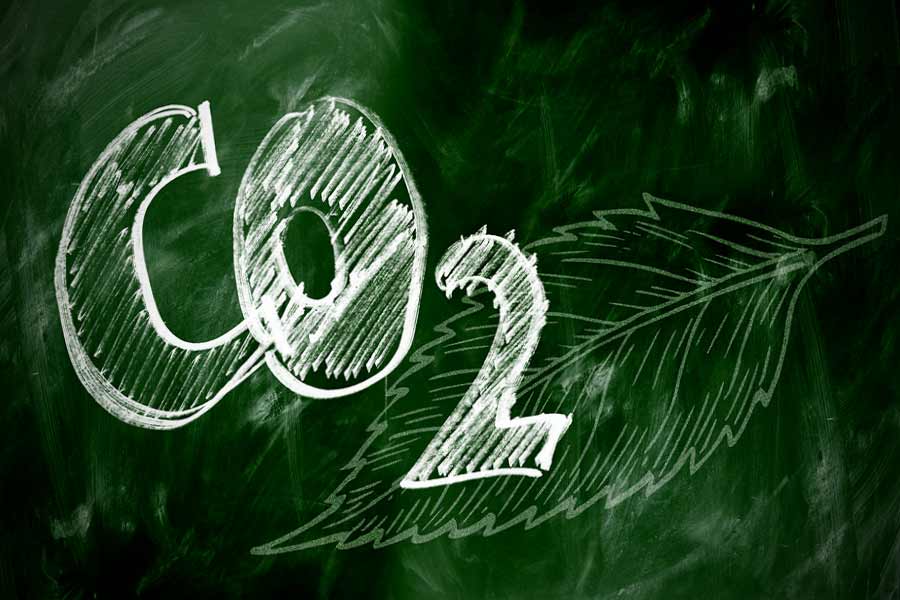 In order to find the carbon equivalent of myNoise traffic, I sought advice from different professionals. Their estimates varied drastically, though they were all based on reputable sources! I've been given references to the Shift Project (2018) [2] which yields estimations between 0.05-2 gCO2e/MB (grams of carbon dioxide equivalent per megabyte) [3], as well as the ADEME [4] quoting 35g for an email with a 1MB attachment (2019). This figure is similar than the one used by a study made by Kieren Mayer [5], who compared console game distribution via broadband download to physical medium.

In 2022, I wondered if better estimates were available. I realized that the Shift Project estimate had been at the center of a debate initiated by George Kamiya [8] in 2020 as they made a trivial mistake in their estimates by mixing up bits and bytes in their calculations! As a result, the Shift Project overestimated their figures by a factor 8 - ouch! Interestingly, that error encouraged actors in the field to fact-check the carbon footprint equivalent of transferring data over the internet. More sources and better estimates are now hinting towards 1g CO2 per megabyte in 2022 🌱 ... wich is an even easier number to work with! But then, it is 10 times smaller than estimate I have been using for years.

There are various ways to offset a carbon footprint. While the current trend is to promote clean-energy technologies, I opted for the old-fashioned way of planting trees 🌱 Through photosynthesis, trees absorb CO2 to produce oxygen and wood [7]. There are two main reasons for my choice. First, I like the idea of planting trees. I've been recording a lot of natural soundscapes, and I am excited to participate in initiatives that aspire to regrow natural habitats such as rainforests and mangroves. Second, my brother volunteers in Graine de Vie (Seed For Life), an organization aiming to regrow forests in Madagascar. In ten years, they have planted more than 45,000,000 trees 🌱 since they started in 2009. Talk about an experience! I appreciate the fact that the founders are working on a voluntary basis and that they travel at their own expenses when supervising the work in progress. 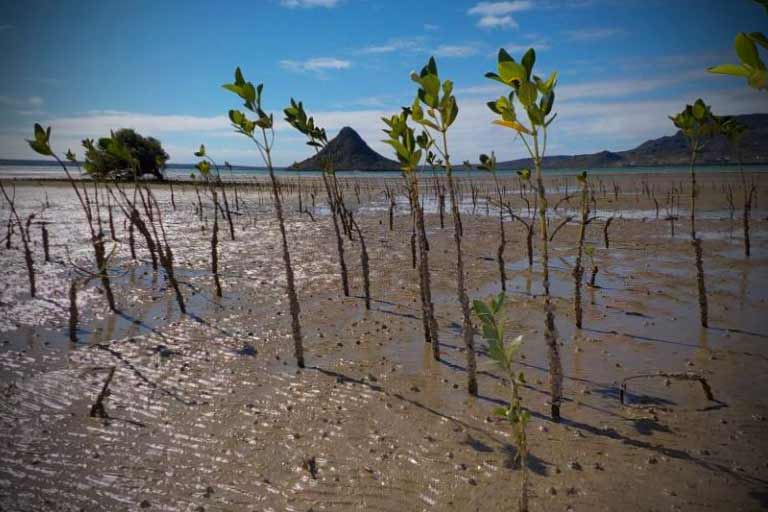 The project is very well thought out: it makes sense to plant trees in Madagascar. First, the labor is cheap. The money spent on planting trees translates to a higher number of trees planted in Madagascar than it would elsewhere. The population in Madagascar is one of the poorest in the world. By paying the planters a decent wage, this project helps the people as much as the planet 🌱 Furthermore, a large proportion of the trees that are planted are those that produce everyday resources such as fruits, coffee, cacao, and avocados, ensuring that the population looks after these trees and takes care of them. The association is also involved in re-growing protected areas such as rainforests and mangroves. Mangroves are an excellent investment, as they capture carbon better than any other type of forest 🌱 Furthermore, Graine de Vie works closely with authorities, enabling them to plant in national parks and ensure the durability of their work. Last but not least, there is another reason to plant trees in Africa rather than in our latitudes. For a tree to sequester carbon through photosynthesis, a lot of light is required and - as trivial as it seems - leaves on its branches. So, in winter time, our deciduous forests are in stand-by! A rainforest or a mangrove in Madagascar keeps capturing carbon all year-round!

At this point, we can introduce a new concept, called the Social Cost of Carbon (SCC). The SCC is probably the single most important number for thinking about climate change [9]. It indicates how much society benefits from reducing CO2 emissions or, in other words, the cost of the damages created by one extra ton of carbon dioxide emissions. The Obama administration issued a first estimate in 2010 around $43/ton [10]. The average value in use today is $51/ton [9].

We have two figures as reference points. An estimate based on the cost of planting 800 trees via Graine de Vie to compensate for 80 tons of carbon dioxide equivalent: $400 by the current Graine de Vie pricing. And $4,080 via the SCC, if we adopt a central value of $51/ton.

Faced with this disparity, I decided to maintain the same level of support to the Graine de Vie, despite of the lower carbon footprint estimate of 2022.

Many online businesses propose that their users to pay extra to offset their own carbon footprint. When booking a flight for example, you might be suggested to compensate for your flight's footprint. It remains your own responsibility, and the company won't do it for you.

myNoise works differently: it will compensate for its entire website footprint, no matter if its users are following or not. But if you do, I appreciate it of course! Become a patron of this website, either by visiting the donation page or using the buttons below.

Some readers will question the legitimacy of myNoise carbon footprint compensation, when numbers given are so imprecise and even fluctuating so much from one year to the other. The truth is that we are facing a complex problem here, with how humans impact their environment. I wished this page was easier to read, quoting figures that were solid and well established. But they aren't. And I am full of doubts too. Should I have wait till everything becomes clear? That would have given me a good excuse to do nothing about it.

Contributing visitors help the site to grow and run without ads. They offer all other visitors a clean, relaxing browsing experience, contribute to the costs of recording new generators and 🌱 offsetting the carbon footprint of this website. Any donation gives you access to bonus features for a lifetime.

[1] It takes about 10MB for a generator to load. This means about 10 minutes of equivalent playing time at 128kbit/s, the standard rate for compressed audio files. So, the myNoise "non-streaming" model is efficient on a bandwidth level, only if a listener is spending more than 10 minutes on a myNoise generator. The average listening time is 3 minutes... This being noted, the myNoise audio model is the only viable one for me, as it decentralizes the computation power to the client browser, saving huge costs on the myNoise server side. Imagine if my server had to generate the audio streams for all its users. It would require a huge infrastructure and prevent me from working with donations.
[2] The Shift Project - the carbon transition think tank and their 1byte Model.
[3] The best case - 0.05gCO2e/MB - is derived from the 1byte video streaming model (laptop+wifi, 0.2 Wh/MB) powered by mixed electricity production (250 gCO2e/kWh). The worst case - 2gCO2e/MB - is obtained using the 1MB email model (laptop+mobile network, 2Wh/MB) powered by fossil fuels (1000 gCO2e/kWh).
[4] ADEME - the official French Environment & Energy Management Agency. Data available from Base Carbone®.
[5] The Carbon Footprint of Games Distribution
[6] Prevision for 2019, based on current traffic (5 terabytes per month).
[7] Mr. Feynman explains photosynthesis in simple - almost poetic - words.
[8] Factcheck: What is the carbon footprint of streaming video on Netflix?
[9] Stanford explainer: Social cost of carbon
[10] Technical Support Document: ­ Social Cost of Carbon for Regulatory Impact Analysis ­ Under Executive Order 12866